Erwin Widmer (64) was honoured with the TAGA Michael H. Bruno Award on 24th March 2015 in Albuquerque (New Mexico). The former Managing Director of Ugra is awarded this honour due to his outstanding contributions to the printing industry. 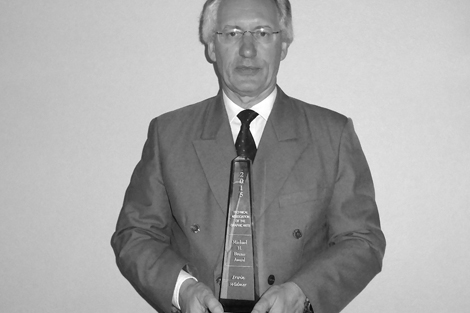 In addition to Erwin Widmer, Guy Gecht (EFI) and Frank Romano (RIT) are joint recipients of this year’s award. “I am very happy and honoured to receive this award 21 years after Prof. Dr. Kurt Schläpfer (Ugra)”, Erwin Widmer stated immediately after the award ceremony. Erwin Widmer attended 23 TAGA conferences, presented 10 speeches himself and served on TAGA’s board of directors for two terms. “For me it was already an honour that the mostly American members elected me onto TAGA’s board of directors”, said Erwin Widmer. He led Ugra from its close co-operation with EMPA to being independent and successfully positioned the company on the market, despite the difficult situation of the printing industry.

In his capacity with Ugra, Erwin Widmer made major contributions to the development of the PSO certification for the printing industry, developed new inspection tools and established the Ugra test laboratory, which has achieved accreditation continuously since 2006. As a member of the ISO technical committees TC 130 (print) and TC 6 (paper), he dedicated both his heart and soul to standardisation within the printing industry. In addition, he has been a lecturer at the Höhere Fachschule für Technik und Management (HF TGZ) in Zurich for many years. Previously he had held teaching posts at the esig+ and the ZbW. Furthermore, he led the alumni association of the esig+ and comem+ as the chairman for 25 years. After Kurt Schläpfer (1994), Erwin Widmer is already the second Ugra expert to join the list of recipients of the award. 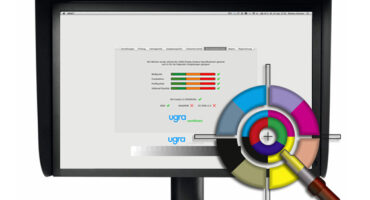 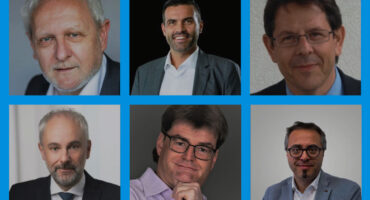 Board of Ugra reconstituted